As we continue to improve the mobile commerce experience, we’re very excited to roll out major updates to our iPhone and iPad apps for Walmart in the United States.  For the iPhone, it’s all about in-store aisle location and our new In-Store Mode.  For the iPad, we’ve introduced a new interactive Local Ad feature.  These new mobile enhancements put more power at the fingertips of our customers, allowing them to shop our brand anytime, anywhere.

iPhone: In-store Aisle Location
We’ve expanded the in-store aisle location feature to help customers easily find products on their shopping lists in our stores.  As customers add items to their mobile shopping list, they can also see the aisle where they’ll find their product.  Previously a limited beta,  we now offer the in-store aisle location feature for all U.S. stores and thousands of products across consumables, grocery, electronics and toys.

In addition, customers can set their local store within the app, plan their visit and create a shopping list at home by scanning, typing, or speaking items to buy.  One of the unique features of our app is that we pull item prices from your local Walmart store and calculate total price in real-time as items are added to shopping lists.  We’re able to do that for any of our 3,800 Walmart stores across the U.S. so no matter where you happen to be, only our app helps you see the estimated total of your Walmart shopping trip before ever leaving home.

iPhone: In-Store Mode
This tool was specifically created to help customers while they’re shopping in our retail stores. Now, when you launch the Walmart for iPhone app from one of our stores in the U.S., you will be prompted to enter In-Store Mode.  Features include scanning – price checking from product barcodes or learning more about products and special offers displayed in-store as QR Codes – and easy access to the Local Ad product list and general store information.

iPad: Local Ad
We’ve introduced an interactive Local Ad experience that presents our customers with a preview of store specials and featured products. The format of our iPad Local Ad will be familiar to customers who are used to flipping through our printed Local Ads. They will be able to browse our Local Ads from their iPad page-by-page, with the ability to tap on a product to view more information, and purchase the item online or by visiting the store.

You can download our iPhone and iPad apps from the App Store.

Posted by Raven Zachary at 9:37 PM 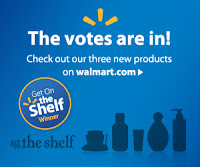